Gary Glitter and The Glitter Band 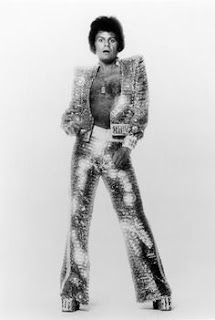 
Paul Francis Gadd was a war baby and born in 1944 in Banbury, Oxfordshire. From his mid-teens he sang rock standards and gentle ballads appearing in the 2 I's in Soho, the Laconda and Safari Clubs, London. Robert Hartford Davis (a film producer), discovered him and financed a recording session for Decca label under the stage name Paul Raven, he released his first single, "Alone in the Night" in 1960.


A year later and under new management (Vic Billings) he was signed by Parlophone with Sir George Martin as his producer.Paul recorded two singles, "Walk on Boy" and "Tower of Strength," but neither sold well.


He continued to get work including warm-up for Ready Steady Go! (ATV). Paul Raven joined the Mike Leander Show Band in 1965 but the group fell apart and Paul formed his own band, called Boston International. The group found regular work gigging around the UK and Germany and when not performing, Paul Raven became a record producer working with several artists including The Poets from Scotland .


Now 25, Paul Raven was still keen to pursue a recording career and released several singles in 1969. "Musical Man", "Goodbye Seattle" and a version of George Harrison's "Here Comes The Sun," under the name Paul Monday, all enjoyed modest success.


Then in 1971, he changed his name to Gary Glitter just as glam rock hit full swing and things started to happen. In the studio they recorded a fifteen-minute jam which was edited to a pair of three-minute singles which Mike Leander called " Rock and Roll (part one and two) " and released as a double sided single. It was a sleeper and took about six months before it made its full impact. "Rock and Roll (Part One)", was a hit in France, where as the rest of the world seemed to prefer “Rock and Roll, Part Two and ran high in the US and UK charts.”Rock and Roll" proved no fluke and became a popular sports anthem in North America.


Between 1972 and 1975 Gary Glitter and the Glitter Band had twelve top ten consecutive singles in the UK and a worthy king of glitter keeping all other gliterista at bay including Sweet, Slade and T. Rex. Gary’s stage performances were excellent entertainment and the singer owned a reported thirty glitter suits and fifty pairs of his trademark silver platform boots.


Despite this success in the UK, he and the band were unable to crack the US market and hence did not have the earning potential of Rod Stewart or Elton John. When Glam Rock fell to the ravages of Punk music, Gary retired in 1976. Privately he became depressed battled with alcohol and became bankrupt. Gary had influenced many Punk and post Punk bands including Human League. When his record company cut a dance medley of his greatest hits, All That Glitters, it charted in 1981 and Gary started to make his comeback playing college and club venues and various guest spots and collaborations.


Chart successes followed with “Dance Me Up" and one of the most popular Christmas records of all time "Another Rock N' Roll Christmas".


For the next decade Gary Glitter was an in-demand live performer. Keen to keep himself solvent he had several business interests including music and record label and a successful Snack Bar in the west end of London. All fared well at first but eventually folded. In 1999, Paul Gadd was convicted on child pornography charges in the UK, and was afterwards listed as a sex offender. The King of Glam’s reputation was greatly tarnished, and though he continued releasing new music, Gary Glitter’s popularity declined sharply. His debauched and depraved behaviour eventually caught up with him and in 2015, the former pop star was sentenced to 16 years in prison for sexually abusing three young girls between 1975 and 1980. BBC TV's Top of the Pops (TOTP) has subsequently removed the recordings of GG's from their show videos. 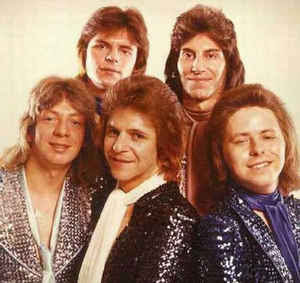 ( The Glitter Band Image via Discogs)


The Glitter Band were formed to support Gary. The line-up included John Rossall (trombone and musical director), Gerry Shephard (lead guitar and vocals), Pete Phipps (drums and keyboards), Tony Leonard (drums), John Springate (bass and vocals) and Harvey Ellison (saxophone). As the Glittermen they enjoyed several best sellers in the mid 70s away from their lead singer. Eventually to disassociate themselves from the scandals of Gary Glitter, they renamed themselves, The G Band but could not find another hit single. Music tastes had changed and glam rock was no longer in vogue. In 1977, as The Glitter Band they release of "Look What You've Been Missing", co-written by John Rossall and Gerry Shephard.

(Status Quo Image via Pinterest) The Spectres were a London-based beat group which formed in 1967 with Francis “Mike” Rossi (vocals,... 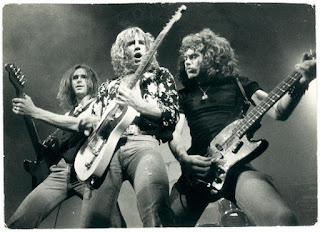