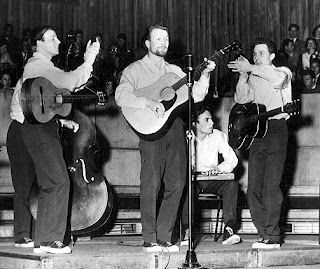 
Charles (Chas) James McDevitt was born in Eaglesham, Ayrshire, Scotland in 1934. The family moved to Camberley, Surrey where he grew up. As a teenager he suffered a long illness and during this time developed a liking for American Blues and Jazz. He taught himself to play the banjo and later joined a local college jazz band called The High Curley Stompers. In 1955 McDevitt moved to London and played with the Crane River Jazz Band. Fellow band members included Ken Colyer, Sonny Morris and Marc Sharratt.


Keen to progress he also busked and performed in a skiffle group with blues singer Redd Sullivan (The Thameside Four). Quickly they established themselves as coffee bar favourites and appeared regularly at the 2Is Coffee Bar and other Soho Jazz Clubs. Chas McDevitt became a featured artist at the Cy Laurie Jazz Club and during the intervals as a trio with Marc Sharratt still (washboard) and Pete Timlett (piano) later joined by guitarists Dennis Carter and Alex Whitehouse. In 1956, Oriole Records recorded a demo the group’s version of Elizabeth Cotton’s “Freight Train” (composed by Paul James and Fred Williams).


The group regularly played "Freight Train" as part of their live set and featured it in a talent contest promoted by Pye Records on Radio Luxembourg. Bill Varley, their new manager suggested they recruit a female vocalist to help them stand out from other skiffle groups and they asked a Scottish folk singer called Nancy Whiskey (1935 – 2003) to join them. They re-recorded Freight Train with Nancy as lead vocalist and when the single was released in 1957 it reached # 5 in the UK Singles Chart. Riding high on chart success the group toured Europe and America featuring on the Ed Sullivan Show.


Chas McDevitt Skiffle Band had a second lesser hit with `Greenback Dollar' on which Nancy was again vocalist.


The popular skiffle group made guest appearances in a couple of movies including The Tommy Steele Story (Rock around the world) (1957); and The Golden Disk (1958). When Nancy left the band at the height of ther fame, she was replaced by Irish singer, Shirley Douglas (1939 - 2013), who later married Chas McDevitt. Dennis Carter and Alex Whitehouse also left the group to form a rival group, i.e. The Oldtimers Skiffle Group.


Once the skiffle phase had passed the The Chas McDevitt Skiffle Group broke up in 1959. They did reform briefly in the 80s for festival performances with Chas McDevitt, Marc Sharatt, John Paul and Nick Lawrence. The Chas McDevitt Skiffle Group still survive with Steve Benbow (lead guitar), Jack Fallon (bass) and Chas' daughter, Kerry on vocals and washboard. Occasional members include Martyn Oram (fiddle), Mike Martin, (guitar and banjo) and Richard Sharp (bass). 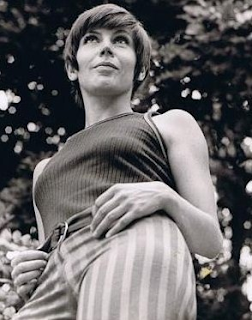