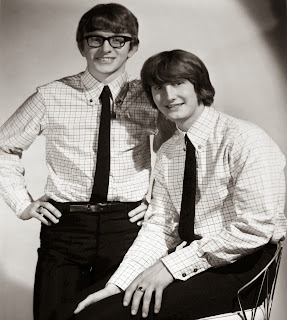 ( Peter and Gordon Image via wikipedia )


Peter Asher was born in 1944 in Willesden, London and son of a doctor. He was a child actor and appeared in films, stage and radio as well as on The Adventures of Robin Hood (ITV). Gordon Trueman Riviere Waller was born in 1945 in Braemar Scotland and his father was a surgeon. Both boys attended Westminster School, London and became friends. They both had been choir boys and loved music. Peter was studious and liked jazz and blues until Gordon encouraged him to listen to pop and rock’n’roll. Both played guitar and soon formed a singing duo to entertain their fellow students. Once they developed an Everly Brothers style, Gordon convinced Peter to dog school and they earned pocket money playing in pubs and small clubs as Gordon and Peter. In 1964, they were offered a recording contract by EMI and as Peter’s younger sister was Jane Asher, girlfriend to Paul McCartney he badgered the Beatle to give them a song to record. McCartney obliged with an unrecorded Beatle song called, A world without love (written by McCartney and credited to Lennon and McCartney).


The single did well in the UK and became the first of the British Invasion to top the American charts displacing the Beatles' own Can't Buy Me Love.


For the next couple of years Peter (Austin Powers look-a-like) and Gordon (Lennon clone) were very appearing on numerous television programs in the US as well as touring Japan, Australia and North America. Like Chad (1941-2020) and Jeremy, their appeal was their well bred English look and accent.


American audiences in particular were in love with anything from Swinging England. Both duos sang low key ballads with clear enunciation which had massive appeal to both parents and their teenagers. Peter and Gordon had two main advantages over Chad and Jeremy recording Beatle songs and being more popular in the UK and Commonwealth as well as the US. As a consequence, Asher and Waller enjoyed relatively greater longevity. More chart success followed with Lennon and McCartney songs like Nobody I Know and I don’t want to see you again.


By 1966 however the bubble was beginning to burst and although Woman written by "Bernard Webb" a pseudonym used by Paul McCartney did well their last chart hit was Lady Godiva in 1967.


The duo disbanded in 1968. Peter became an A&R man with Apple and Gordon tried unsuccessfully to promote himself as a solo singer. Eventually Gordon left show business to run a landscape gardening business in Northamptonshire. In 1971 he was invited to take part in a production of Joseph and the Amazing Technicolor Dream Coat and later returned to the music business as a music publisher in America before his untimely death in 2009. When Peter Asher left Apple he became the manager of James Talyor producing several of his albums.


Now based in the US he founded the successful Peter Asher Management agency and went on to handle artists such as Joni Mitchell, Randy Newman, Carole King and Linda Ronstadt.


Peter Asher continued as a producer working with many artists including Diana Ross, Neil Diamond, Ringo Starr, Cher, Morrissey, Robbie Williams, Elvis Costello, The Dixie Chicks and Billy Joel, among many others.


Peter and Gordon did reunited onstage in 2005 in New York as part of two tribute concerts for Mike Smith of the Dave Clark Five. They also appeared in 2006 and 2007 at various venues with their last perfomance in 2008 at a free concert on the pier in Santa Monica, California. Gordon died on 17 July 2009 at the age of 64 from cardiac arrest.


Since 2016, Peter Asher has been playing as part of a duo with Albert Lee. In 2018, Peter Asher teamed up with Jeremy Clyde.

Interesting sites
Peter Asher talks about his sister Jane and Paul McCartney Dakota Jazz Club, Minneapolis, June 5, 2018
Silber M The Creative Secrets of the Beatles - Guitarist Peter Asher, Author of "The Beatles from A to Zed" Advancing Your Photography 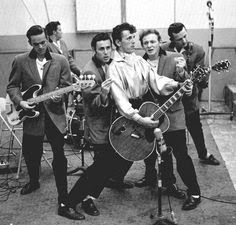